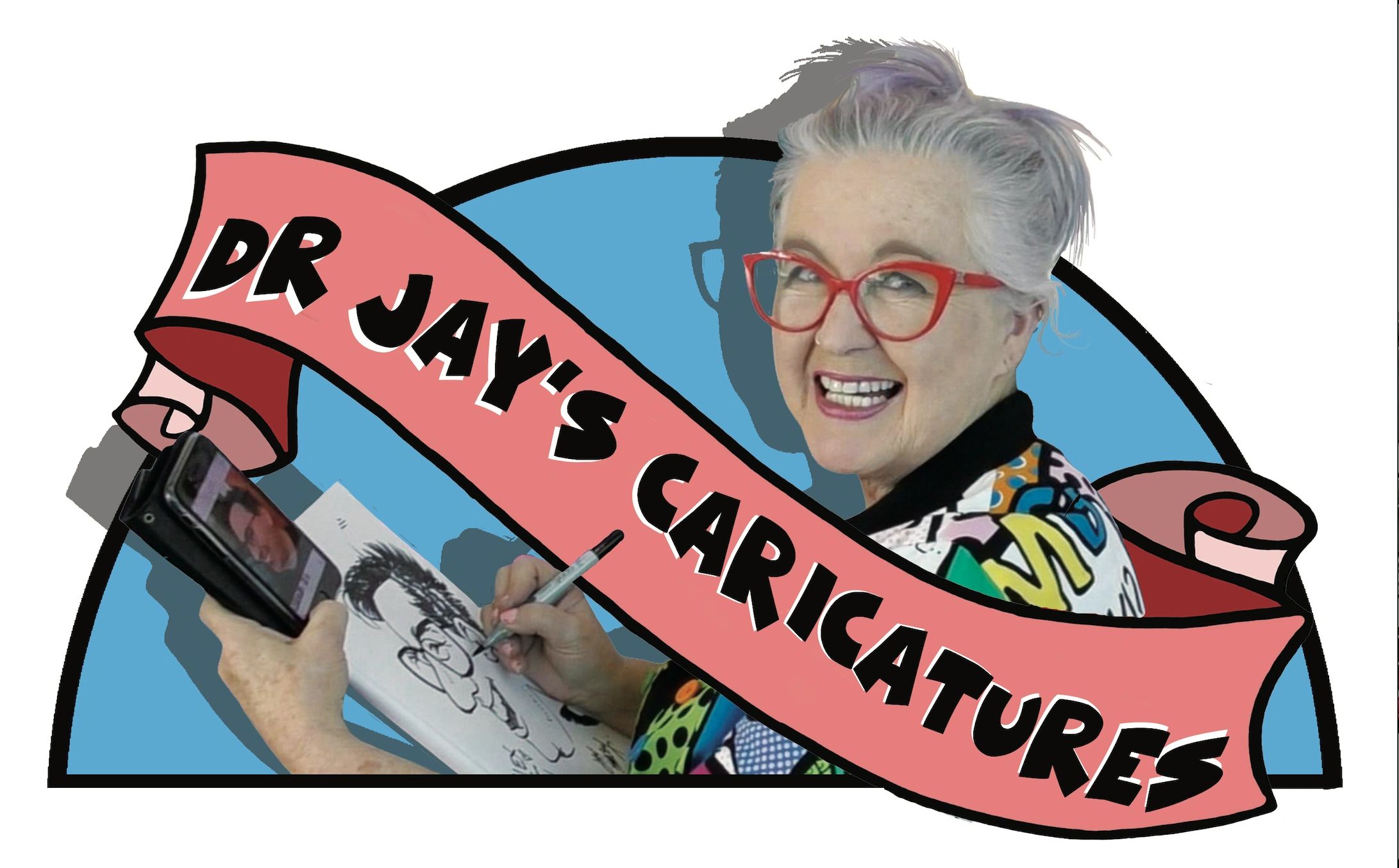 A note to our regular customers!

see 'CARICATURES GALLERY' PAGE for DOZENS MORE SAMPLES, plus loads more samples of other artwork. See under the "More" tab, above

DR JAY HARLEY has developed her craft as a graphic artist over many years. This formalised, in 1987, into a company which has embraced a range of artistic pursuits – graphic art, corporate video production, journalism and theatre. Jay has been a regular contributor in print media, including being the cartoonist for Ozbike, Australia's Harley-Davidson magazine, for many years.

She also worked as a radio broadcaster, journalist/editor; a promotions consultant for television, and was head of a government Multi-Media Unit in Sydney.  She’s done a million other things too, but we’re mainly talking about the arty stuff here.

Jay is a published author and a conference speaker who is equally comfortable in relaxed environments entertaining audiences with her live drawing presentations.

She is a film-maker and a novice stand-up comedian too. Her "Mrs Bonfire" alter ego made the semi-finals in Australia's Got Talent. She's also an actor and is seen occasionally on television commercials,  tv series, films, and in corporate and educational videos.

In 2020 Dr Jay joined the Bold Not Old movement as a creative director of all things fun.

There are lots of pages on this site.

There are two Galleries... one for CARICATURES and one for general ARTWORK.  See under the "MORE" tab, at the top.

Drop us a line!

Please provide as much information as you can about your art job.